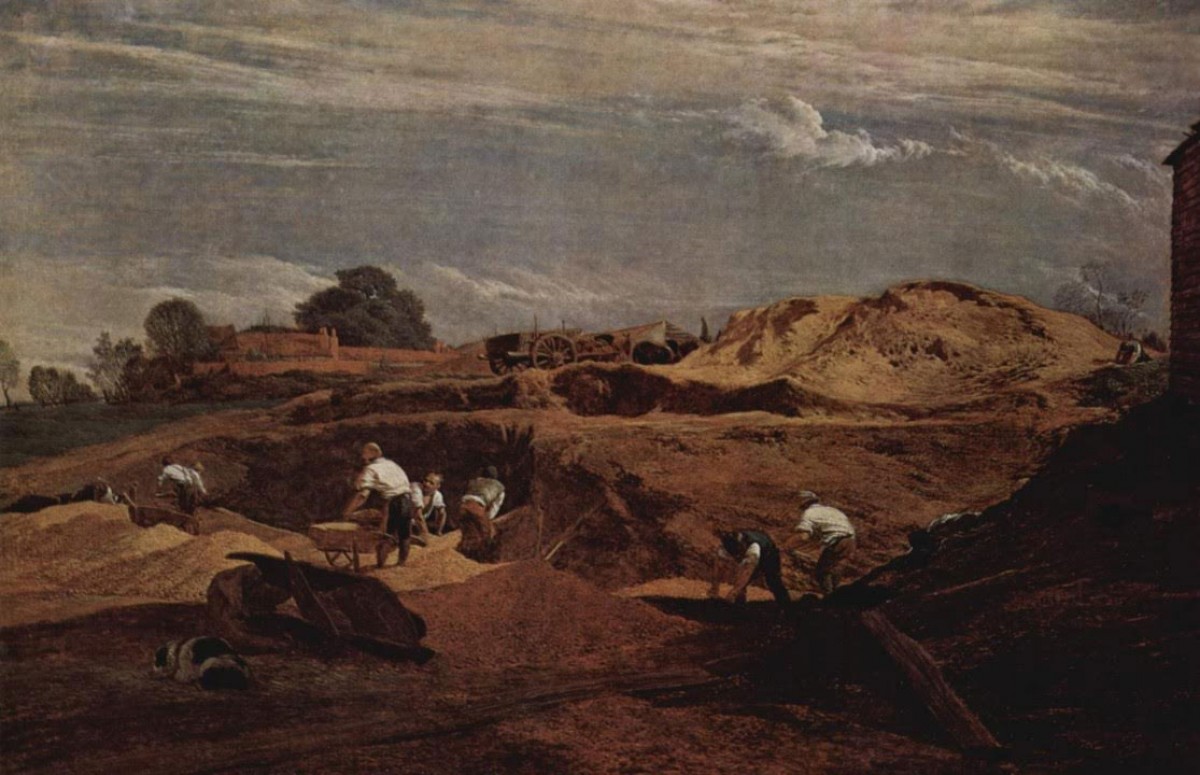 ....or, do you really know that your ground investigation will be "straightforward"?

Donald Rumsfeld's "known knowns, known unknowns and unknown unknowns" phrase has become quite a favourite in presentations by geotechnical engineers - I first saw it in a geotechnical conference shortly after he uttered his famous words in 2002, I have often used it myself and it popped up again at a conference this week.

Mr Rumsfeld's words clearly resonate with geotechnical engineers, probably as it sums up a problem that we face on every project, namely whether there is anything in the ground that we haven't considered, and most worryingly whether there is something that we didn't know that we should have considered. At the start of any project, we obviously have the "known knowns", such as the site address, the proposed development, basement levels, and we know what the "known unknowns" are - strata depths, soil strengths, groundwater levels for example - but it is the "unknown unknowns" that have the potential to keep us awake at night.

Some years ago, before we'd heard of Mr Rumsfeld, I was involved in a litigation case regarding potential negligence related to a ground investigation. Problems had arisen during piling work on a site next to a river with a high water table, where the ground conditions comprised gravel over chalk. When significant problems started occurring with loss of concrete in the pile shafts, additional ground investigation was carried out and found the chalk to be at very different levels to what had been found in the limited number of boreholes drilled in the ground investigation.

The piling was completed using steel driven piles and a claim for negligence was made against the ground investigation specialist. The client appointed an expert, who produced an initial report stating his view that the ground investigation data had to a large extent been fabricated, presumably by the driller, and this had not been recognised by the specialist writing the interpretive report. In contrast, the defendant's expert concluded that the ground conditions were a result of natural variations in the level of the top of the chalk or, in other words, some form of dissolution activity. As the case progressed, the claimant's expert fell into line behind the chalk dissolution argument and the ground investigation specialist was found to be negligent on the grounds that they should have anticipated the variations and warned the client (who had reduced the scope of exploratory work that had originally been proposed) of the risks associated with this type of geology.

Clearly, to the engineer that had written the report, the potential risk associated with variations in the chalk solution was not a sufficient "known unknown" for it to have been flagged in the report but, as it was also apparently an "unknown unknown" to the claimant's expert, was it fair that the ground investigation specialist was deemed to be negligent? Probably, yes.

What the example above shows is the benefit of experience, as it is that experience that allows "unknown unknowns" to become "known unknowns" for the geotechnical consultant or ground investigation specialist, thus reducing risk for all concerned.

In another example, I was recently asked to provide a quotation for a ground investigation at a site in Notting Hill in west London. The structural engineer was concerned that the findings of a previous site investigation on the adjacent site showed in excess of 5 m of made ground and the firm that had reported on that investigation could not explain how this thickness could have arisen. Fortunately, having worked in the area previously I was aware of the old gravel pits in the area, which pre-date historical OS maps; the village in the location of the present-day Notting Hill Gate was known as "Kensington Gravel Pits" and the workings are shown in the painting above by John Linnell from 1811-12 (which gives some idea of the potential unpredictability of the ground conditions). Again, one geotechnical engineer's "unknown unknown" was another's "known unknown".

One of the reasons for these thoughts to have crystallised recently is a conversation I had with a client who told me that he had recently commissioned a few ground investigations, but the sites were "straightforward" and he tended to only use us on more complex projects where he felt our services added value. This presents a challenge to us, as we want to work for our clients on these smaller sites, so we need to either find a way of visibly adding value to a site where the overall project value is smaller, to convince the client that it is worth paying more to protect against the risk of something going wrong, or we need to provide a lower cost or different product.

On smaller sites, it can be more difficult to identify anomalous ground conditions, as in the context of the site itself they are not anomalous. Returning to the Kensington Gravel Pits example, it would be clear (if you knew) that in that area of London the risk of deep made ground is a "known unknown" that might warrant more investigation points than on a similar sized site somewhere else. However, it would be far easier to understand the area of deep made ground if the site was much bigger, as the edges of the old pit would probably be found. Imagine, similarly, drilling one borehole through a drift-filled hollow filled with superficial deposits - without a wider understanding of the geological context you might not know, but there might be significant consequences for piling for example. Essentially, on small sites it is much harder "to see the wood from the trees" and experience is often needed to understand the risks associated with problems in the ground that might not be obvious.

There is clearly a balance to be found between cost and value, and expenditure vs residual risk. The risk of something "unexpected" being found in the ground can be reduced by ensuring that the geotechnical engineer has appropriate experience; but it is worth considering whether the geotechnical specialist has the experience to deal with what might be found, rather than only having experience of what is expected to be found. In other words, bear in mind that the site might not be as straightforward as it looks.

Donald Rumsfeld's "known knowns, known unknowns and unknown unknowns" phrase has become quite a favourite in presentations by geotechnical engineers...

The Association of Geotechnical & Geoenvironmental Specialists (AGS) has produced new guidance for the description of made ground.