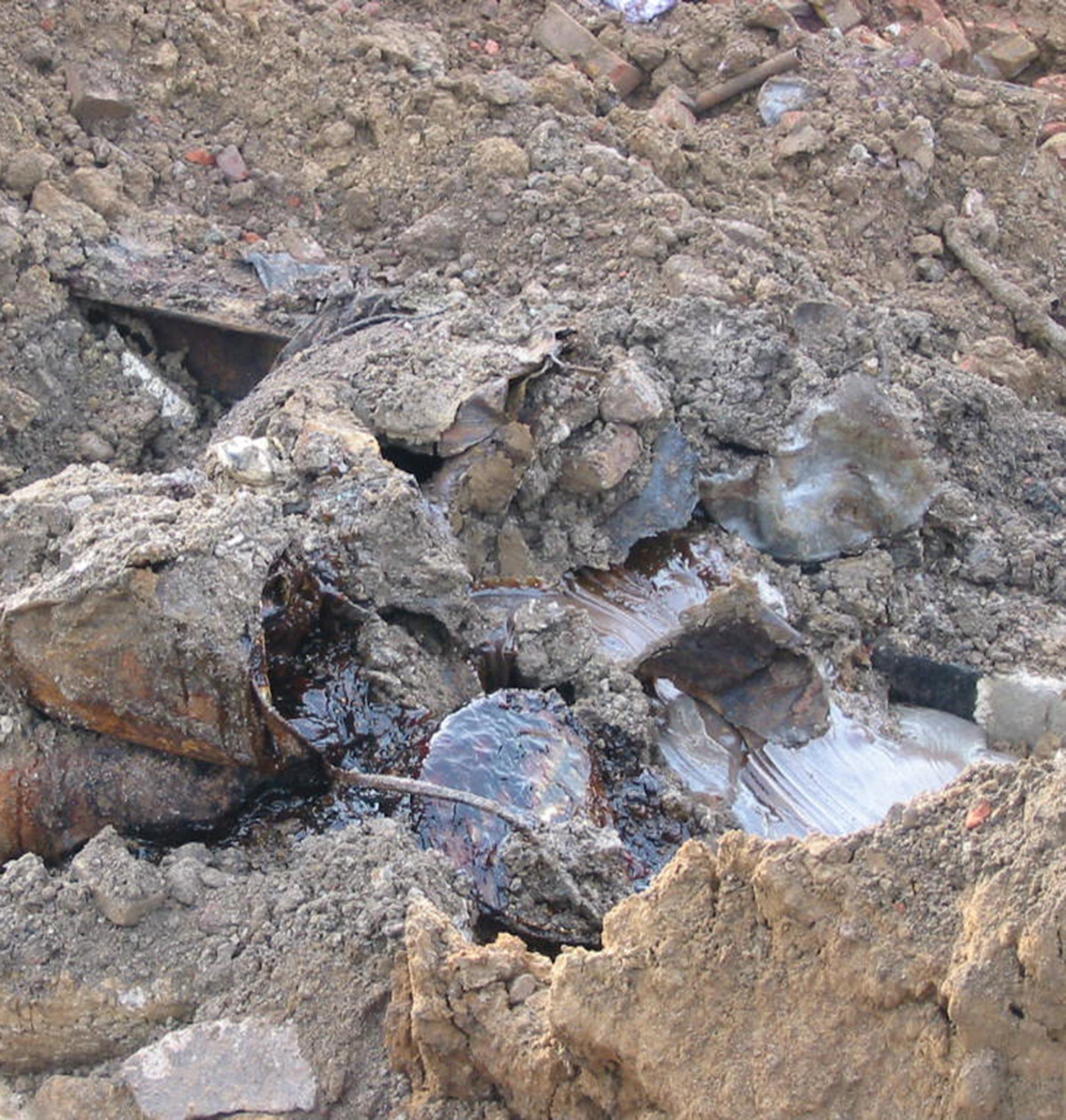 The Association of Geotechnical & Geoenvironmental Specialists (AGS) has recently published guidance on the classification of waste soils (as either hazardous or non-hazardous) with the intention of providing simplified guidance for the sampling and classification of waste soils on straightforward sites.  The document was co-authored by GEA’s Technical Director for Contaminated Land, Mike Plimmer, and its publication reflects the need for additional guidance in an area that has often caused confusion.

The disposal cost for waste soils often amounts to one of the most significant in-ground costs for brownfield developments and this cost is often not fully accounted for during the early stages of the development planning. In England, any soil that the holder discards, intends to discard or is required to discard is considered to be a 'waste' (in Scotland soil does not become a waste until it leaves the site), and thus is subject to the Waste Framework Directive.

Uncontaminated natural soils that are excavated in the course of construction and are to be reused for the purposes of construction on the site of origin are however, not considered to be a waste, and can thus be reused on the same site. However, if these natural uncontaminated soils are to be reused as a fill material on a second site, this can only be carried out under a U1 exemption from the Environment Agency (free of charge but generally limited to 1000 tonnes) or under a Materials Management Plan (MMP) prepared in accordance with the CL:AIRE Definition of Waste Development Industry Code of practice (known as the DoWCoP). The DoWCoP also allows the reuse of made ground on the site of origin provided that the material to be reused is suitable for use without posing a risk of environmental pollution or harm to human health, and that no more material is used than is required for that use and that there is a certainty that the material will be used and not just stockpiled.

Where waste soil is to be exported from site it must be classified as either a Hazardous waste with the waste code 17-05-03 (soil and stones containing hazardous substances) or as a Non-Hazardous waste code 17-05-04 (soil and stones other than those mentioned in 17-05-03). This classification is carried out in accordance with the guidance provided by the Environment Agency's publication WM3 (Waste Classification - Guidance on the classification and assessment of waste).

It is an offence to dispose of a waste at an inappropriate disposal site, so it is not for example allowable to simply assume a waste will be Hazardous as a 'conservative' approach. However, this process is not straightforward for a soil, where the specific chemical species of the substances present in the soil are not known and cannot be economically determined, and thus the specific hazardous properties cannot easily be assigned to the waste. Furthermore, as all of the potential hazardous properties of the soil need to be considered, with some parameters being additive between contaminants, it is not possible to simply compare the results of chemical analyses to a table of threshold values. The AGS guidance on the application of WM3 to soils addresses many of the technical difficulties in this process and it is hoped that this guidance will encourage the adoption of a correct and consistent approach to the classification of waste soils across the industry.

It is worth noting that the difference in disposal costs between Hazardous and Non-Hazardous waste is currently only in the order of £25/tonne, but a far greater differential is often quoted due to confusion over the applicable Landfill Tax rate. Landfill Tax is charged at a standard rate, which is currently set at £91.35/tonne, or a reduced rate for less polluting materials, of £2.90/tonne. However, only Non-Hazardous materials listed in the 2011 (Qualifying Materials) order can be taxed at the lower rate and for soils this is limited to naturally occurring rocks and soils As made ground is by its very nature not 'naturally occurring', it will generally not qualify for the reduced rate of tax even if it is completely uncontaminated and irrespective of its waste classification. Landfill tax is only chargeable on waste disposed of to landfill, so no tax is charged on natural soils reused on site or any materials that are reused under a U1 exemption or under the DoWCoP, which can therefore result in considerable savings.

- dissolve or leach or produce an ecotoxic leachate;

- adversely affect any matter that it comes in to contact with in a way that us likely to give rise to environmental pollution or harm to human health.

Inert wastes are typically from a consistent source that meets all of the above requirements and thus made ground commonly will not meet the requirements for an Inert waste.

Soils being sent for disposal to landfill as a Hazardous waste or an Inert waste will usually require Waste Acceptance Criteria (WAC) testing to confirm that the material will not produce a hazardous leachate and does not contain a significant organic content or sulphate concentration, such that it will not breach the licensing requirements of the tip. No WAC leaching thresholds have been set for Non-Hazardous waste and as such no WAC testing is required for disposal to a Non-Hazardous landfill. It should be noted that the WAC test does not provide a measure of the total hazardous content of the soil (only the leachable content) and, as such, WAC leaching test data cannot and MUST NOT be used for waste classification.

As waste classification should be based on analyses that are representative of the waste load, it is normally not possible to classify the soils at the investigation stage as the materials that will become waste have generally not been defined at this stage. Ground investigation data can however, provide a useful guide to the likely waste classification and can indicate the scale of the further classification analyses that will be required once the waste has been defined and before it is generated.