My work experience at GEA 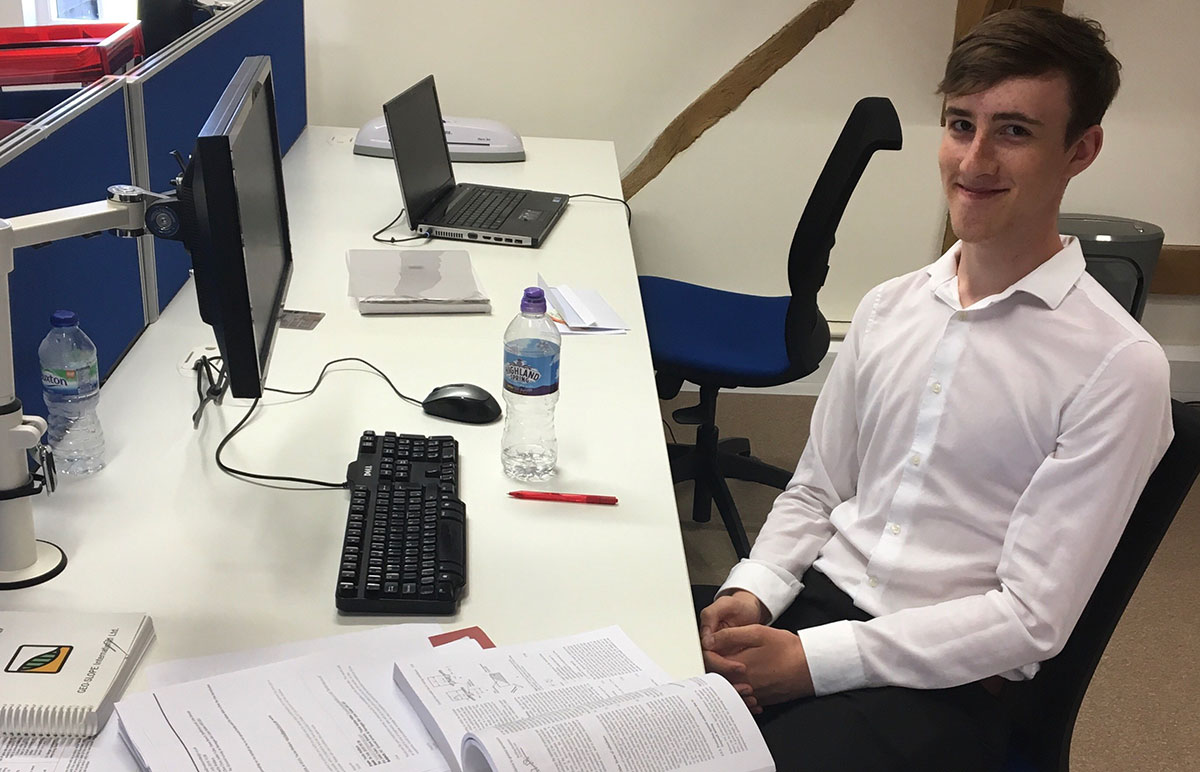 My name is Toby Forster, and I am just completing my first year of A level studies at Simon Balle School in Hertford. I have spent this week doing work experience at GEA’s main office in Ware, Hertfordshire. My time here at GEA has mainly revolved around staff shadowing, visiting sites that GEA is working on and logging data. I have seen many different sites across London, notably a large geotechnical investigation in Grosvenor Square. In the short period of time I have spent at GEA, I have learned much about the role of a Geotechnical Engineer, which has been very inspiring and helpful for deciding upon my future.

I arrived at the GEA head office at around 9am, where I was warmly welcomed by the staff. After settling down in the office, I began to learn about how to complete a desk study, this involves researching back in time about any important features of the site we are working on and marking on it on a map, for example whether the ground may have been previously altered or contaminated by constructions such as oil storage units or swimming pools. After this part of the desk study I then began to learn about UXO (Unexploded Ordnance) which was interesting. To conclude the day, I looked inside the shed on site which contained a variety of soil samples which have been logged, which was fascinating.

Today I travelled to London by train, and met George at St Pauls Cathedral at 10am, after a short walk, we reached one of the sites I would be visiting today, we entered and began to log some data from the boreholes previously drilled. This involves using a Dip Meter, which is essentially a long measuring tape with a weighted probe at the end that buzzes when it hits water. We used this instrument to collect data about how the groundwater level varies around the site, we did this for a couple more sites around London. Next, we went to a large site in Grosvenor Square, London, where George and I met up with Olivia, who discussed what work was happening on site. Unfortunately I could not enter the site because of safety restrictions, but it did give me a good insight of the scale that GEA worked on. After a short lunch break, George and I met up with GEA’s Lee Boswell, who took us on a tour of a site that he is managing.

It was an earlier start for me this morning as I had to arrive on site at 9:30am at Hackney Wick, London. I met up with Alex Taylor, another GEA engineer, and then waited a short while for the site to be unlocked so that the crew could begin work. Alex then gave me a brief tour of the site and then work began. First, I observed the crew setting up the Cable Percussion Drilling Rig, which would drill deep boreholes while, at the back of the site I saw the rest of crew attempt to drill through the ground, unfortunately the concrete was to thick and deep for the jackhammer to penetrate. Luckily, we had made some other holes in the site where Alex began to log the ground geology, I helped and observed. At the end of the day I helped the crew pack away the equipment and then took a train back to Hertford East.

I was back in the Office today, so I did not need to wake up quite so early, I arrived at around 9am and began to read up on Geotechnical Engineering, later in the day I was taken to the labs in Watford which was very interesting, I was given a tour of the labs and was shown the equipment and what they tested for, such as such as density and saturation levels of soils. I learned how to log soil samples by observing changes in its appearance and texture as the samples are taken deeper from the earth.

Today is my final day of work experience at GEA, again I am at the offices and am currently writing a blog. I have really enjoyed working at GEA for the week, I feel I have gained a deep insight into the job of a Geotechnical Engineer. My favourite part of the week was visiting the sites in London with George and measuring how the groundwater varies around London. I like the job of a Geotechnical Engineer because of the variety of work, as it is not a job in which you are always in the office as you often get to work on site which I found to be enjoyable.