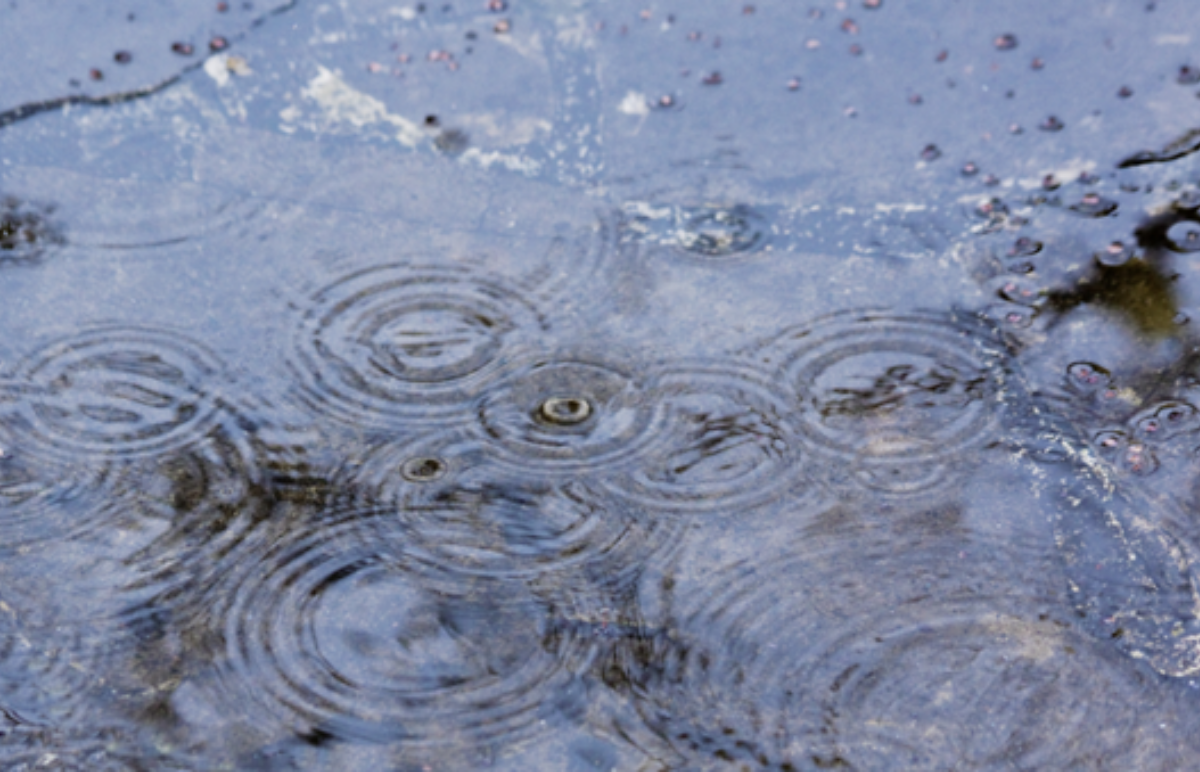 Juliet Fuller, Associate Director at GEA, recently attended Environment Analyst’s annual Groundwater conference. Here, the updated approaches to the risk assessment and management of PCBs and other emerging contaminants in groundwater were discussed. For those unable to attend, Juliet recaps the key learnings covered during the conference, and outlines why we should all take note.

Polychlorinated biphenyls, or PCBs for short

PCBs are a group of manmade chemicals that were being manufactured as early as the 1920s. They are oily liquids or solids, yellow or clear in colour, with no taste or smell. They had many uses, but are particularly associated with electrical equipment like capacitors and transformers. By the 1970s, it was becoming clear that they are carcinogenic and linked to other health problems. The chemical stability that made them useful also meant they are disinclined to degrade naturally. By the 1980s, their use was greatly restricted in many countries.

The world cost of PCBs has been huge, so it’s worth paying attention if some new class of chemical is being talked of as ‘a new PCB’ - and one is. A Google search today[i] on ‘PFAS PCB’ returned the following as the first two results:

• Are PFAS the new PCBs?
• How ‘forever chemicals’ are using marine life to travel the world by sea

So, what are PFAS?

PFAS (Per- and Polyfluoroalkyl Substances) were being manufactured as long ago as the 1940s, but usage increased greatly in the 1960s and 1970s. PFAS, like PCBs, have a wide range of uses, including the following:

You may also come across PFOS and PFOA (both types of Perfluorooctanoic Acid), which are subsets of the wider PFAS family. The nickname ‘forever chemicals’ arises because PFAS are persistent, soluble and stable. And, we need to take note because they are found in drinking water and can accumulate in the body, with negative health implications.

The health impact of PFAS

Studies involving mice have linked PFAS to a range of health effects including liver toxicity and cancer. Academic work is at an early stage, and we are in the process of establishing health implications and safety thresholds for humans. The PFAS situation today may be broadly reminiscent of PCBs in the 1970s. We have gone from government inaction to investigation and guidance, with increasing regulation expected.

Responses have been sharper in the US than Europe so far, partly because the problem is worse – Americans are much more likely to have their drinking water sourced locally and delivered to the home untreated. The 2019 film Dark Water told the story of one US lawyer’s 20-year litigation against DuPont over PFAS in drinking water. The corporation ended up settling for $753 million.

In 2016, America’s Environmental Protection Agency issued non-binding guidelines for acceptable concentrations in water. Various other steps followed, and in May 2022 the EPA added several PFAS to the screening and remedial management levels it uses to determine if remediation activities are required.

In Europe, the main guidance is the Water Framework Directive (2000, but updated 2018). This establishes permitted concentrations of various specific PFAS, and also a permitted overall total. Currently, these are proposals not obligations, even for EU member states.

Where are PFAS found?

Factories where PFAS have been used in manufacturing are obviously of concern. Various PFAS are used in mining and petroleum extraction. The biggest area of concern, arguably, is firefighting foam. Areas that saw large fires will have been doused with these chemicals. The same can apply to fire stations/training areas, and sites connected with aviation. RAF bases had the habit for decades of weekly fire practice in the same place, likely resulting in large, stable plumes of PFAS forming in local aquifers.

What are the remediation methods for PFAS?

Removing PFAS from water and soil is possible, but requires careful, site-specific attention. Given the widespread presence of these chemicals, only selected sites are going to be treated. The most common approaches are summarised below:

How do you test for the presence of PFAS?

Testing for a substance found in many products is highly challenging – if you bring traces of PFAS with you, your test is invalid. Things to avoid while testing include:

Other tips include collecting samples in approved containers, not glass. Use ‘trip blanks’ - take samples of treated PFAS-free water as a control. If these test positive, contamination during storage/transport is confirmed.

PFAS and PCBs are not a new area of worry. But, new information continues to arise. It’s becoming clear that microbial dechlorination, a remediation technique, can change the chemical composition of PCBs, so we may need to consider a broader range of tests than the specific ‘go-to’ analyses we have become reliant on. There is also increasing awareness of paints, pigments and dyes as a source of PCBs.

If you are working on a site and suspect the presence of PCBs and PFAS, please get in touch. We’re always happy to share our expertise. 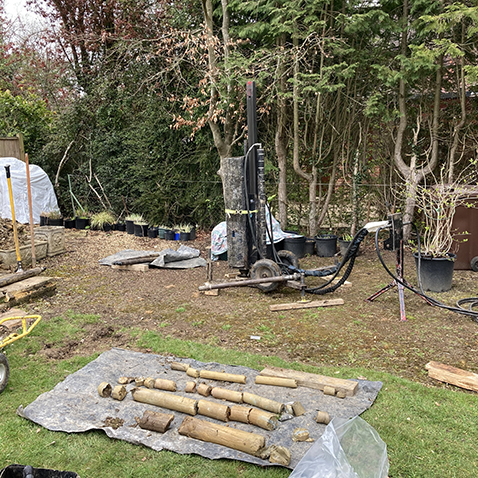 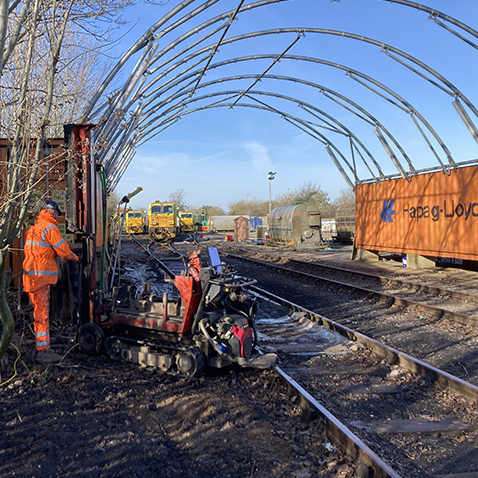 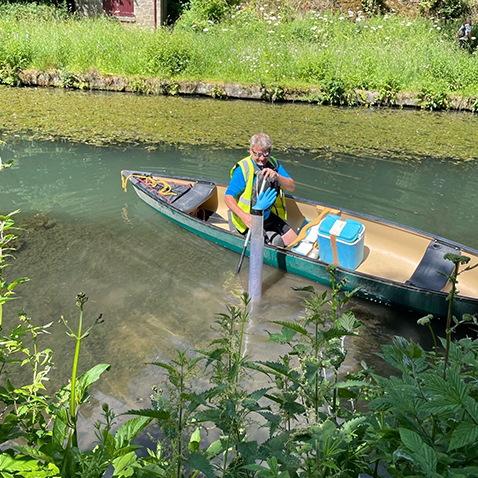 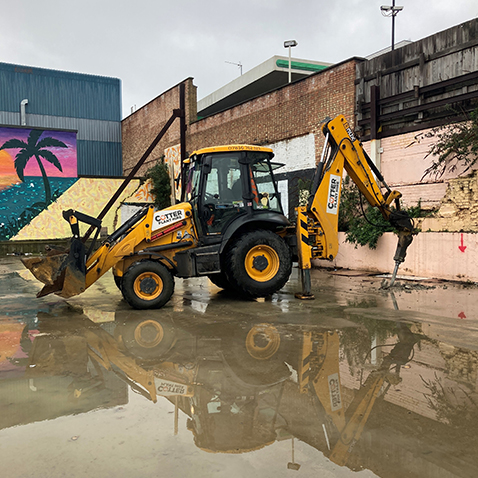 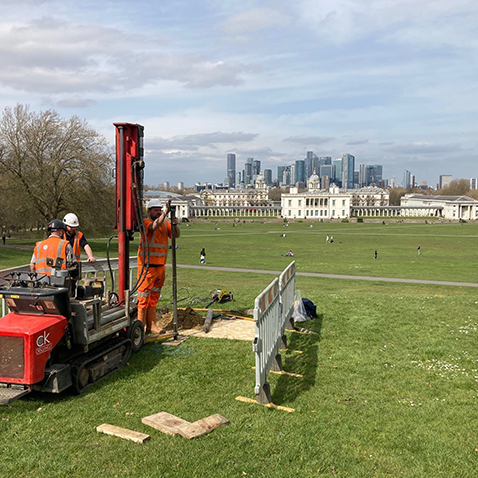