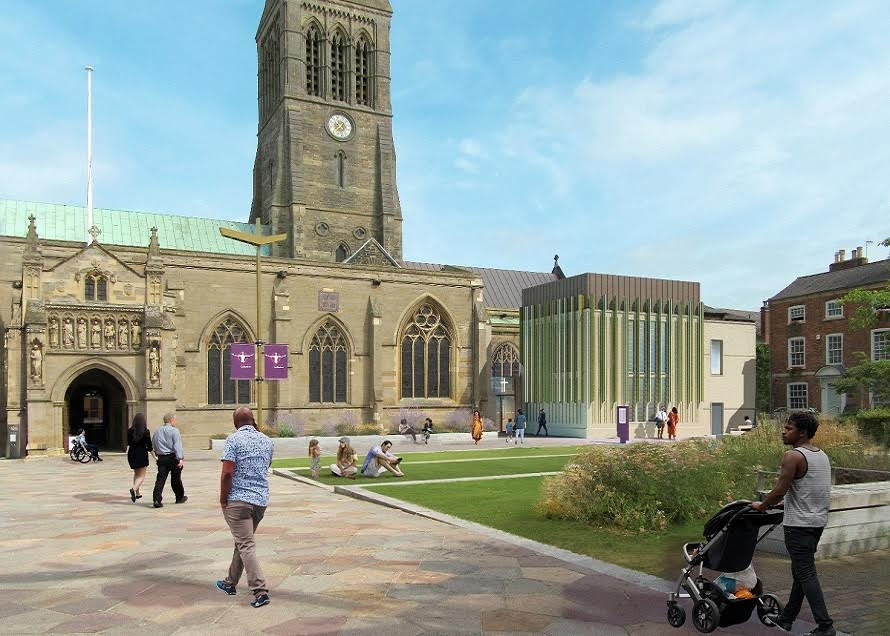 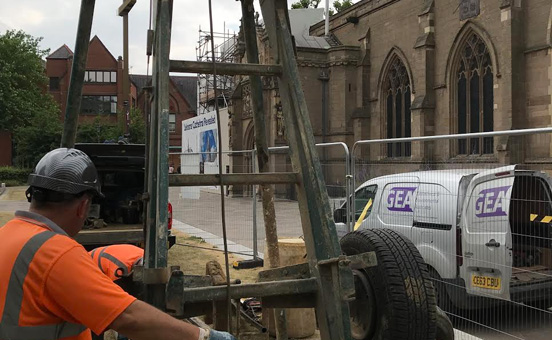 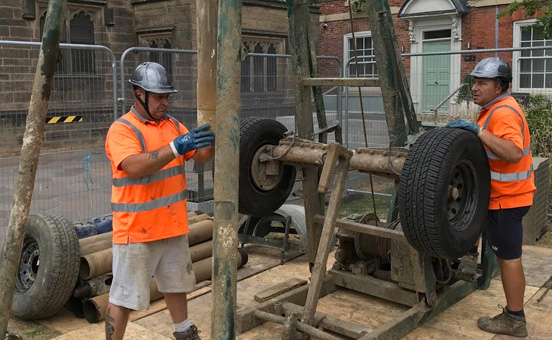 GEA was commissioned to carry out a desk study and ground investigations at Leicester Cathedral in order to assist with the development of a new heritage learning centre extension to the Cathedral. This will provide an orientation gallery, education space and a research base allowing engagement with more communities while protecting the historical setting catering for the increasing numbers of visitors since the reburial of King Richard III.

In order to determine the ground conditions a single borehole was advanced within the 3 m high cathedral song school. Drilling work was undertaken within a specially designed tent to protect the internal structure. A number of trial pits were carefully excavated by hand under the supervision of the cathedral archaeologist who identified fragments of Roman pottery along with later remains. Fragments of human skeletons were carefully and respectfully stored before being reinterred in a small service conducted by the cathedral clergy.

A second borehole was subsequently advanced outside the building when the proposal changed from a single level basement to a two-storey basement. GEA followed up the investigation by undertaking a preliminary retaining wall design and ground movement assessment so that the impact of the proposals on the surrounding buildings could be determined. 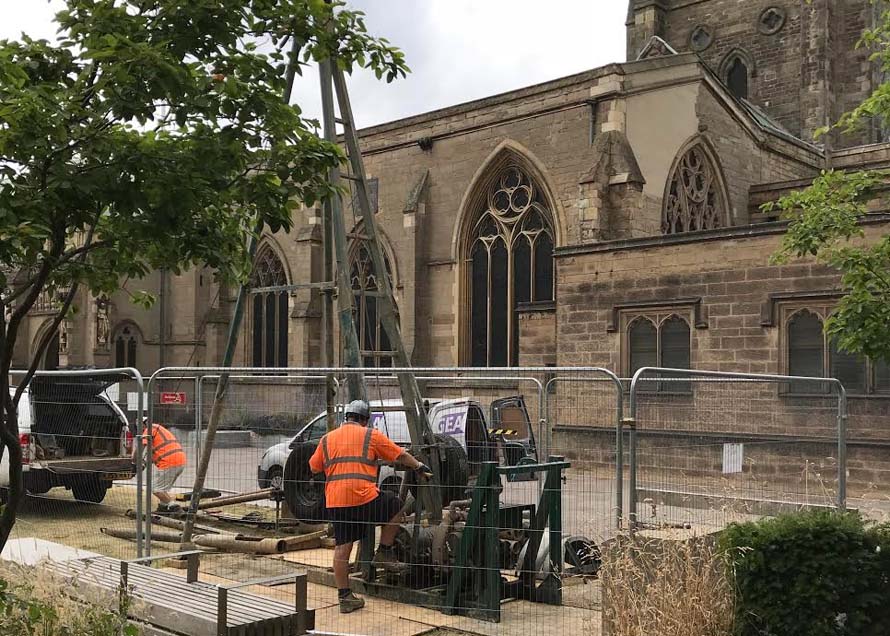 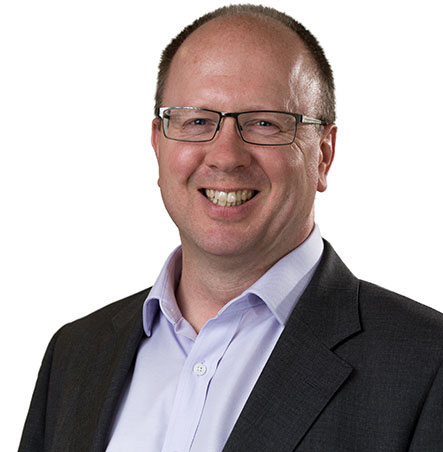