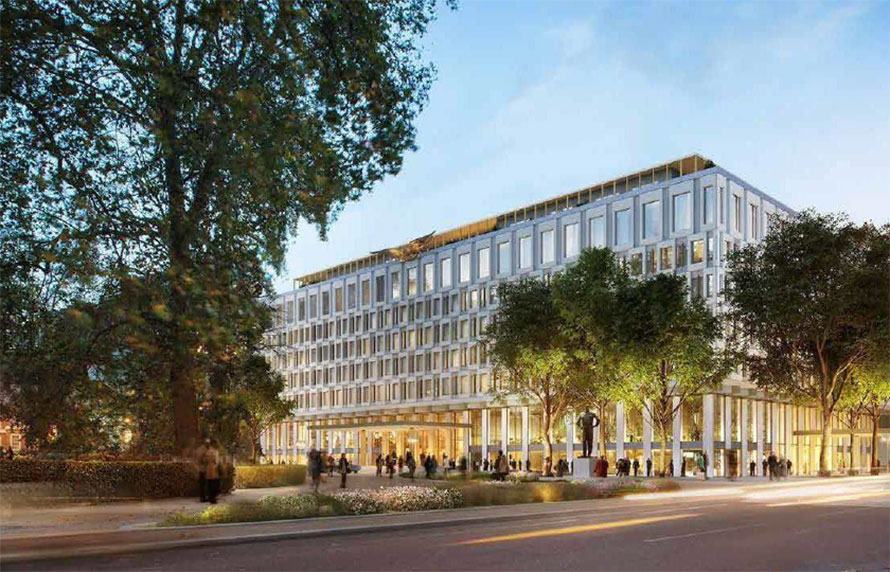 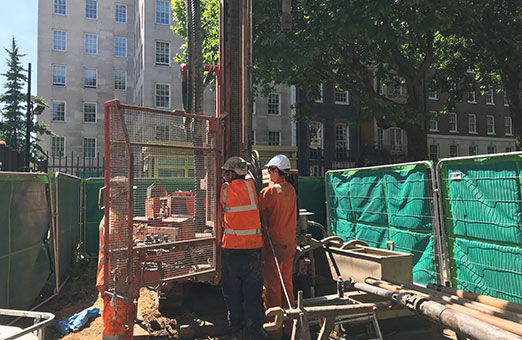 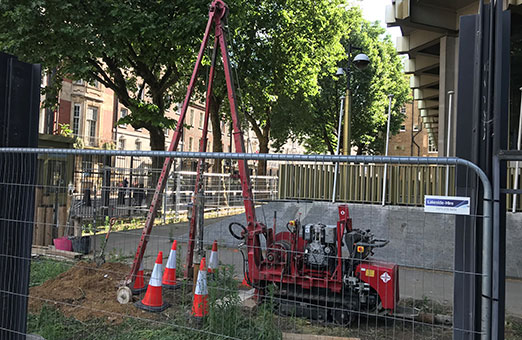 This Grade II listed building, known as the London Chancery Building, was originally designed by Eero Saarinen and was the US Embassy in London from 1960 to 2017. Redevelopment of the building is now in hand to form a new luxury hotel, which includes the addition of a single storey rooftop pavilion and the excavation and construction of an enlarged basement to 21 m below ground level.

GEA carried out a detailed desk study of the site, which included developing a preliminary site conceptual model and providing preliminary advice on the basement construction. Initial phases of investigation were carried out within the public realm whilst the building was still in use as the US Embassy, in order to inform the diversion of existing services around the proposed enlarged basement and to investigate the presence and condition of tree roots to a number of mature London plane trees with Tree Protection Orders in place. These works had to be carried out extremely sensitively, with close liaison with staff in the Embassy and the Metropolitan Police.

The main phase of the investigation commenced once the main contractor, Careys, had taken possession of the site. These works included the drilling of six boreholes to about 70 m using rotary Geobore-S drilling techniques, in order to ensure optimum core recovery for detailed logging of the geological sequence down to the Upper Chalk Group. Pressuremeter and dissipation tests were carried out at various depths through the stratigraphic column in a number of these boreholes. An additional three boreholes were advanced to 30 m from within the existing basement of the building, using a dismantlable electric powered cable percussion rig.

Vibrating wire piezometers were installed in a number of the boreholes, in addition to standard standpipe installations. A comprehensive suite of geotechnical testing was undertaken, which in addition to the results of the various insitu tests and monitoring, were used to provide undrained and drained parameters for the detailed design of the basement retaining walls and large diameter rotary piles, and to allow finite element modelling of ground movements to completed. Various other shallow investigations, including trial pitting and various structural investigations were also undertaken as part of the investigation.

The investigation was completed over a period of three months and had to be carried out alongside enabling and demolitions works. This made access and working areas challenging, which in addition to the sensitive nature of the site given its prominent location in heavily pedestrian area, meant that close liaison and co-operation with Careys was paramount during whole investigation. Further to the intrusive investigation, GEA also carried out a number of Category 3 checks on a ground movement analysis carried out by others, in addition to validating and providing advice on the proposed piling mat.

As of May 2019, excavations for the new basement levels were complete and piling works continue for the new design of this iconic building which is due to complete in 2023. 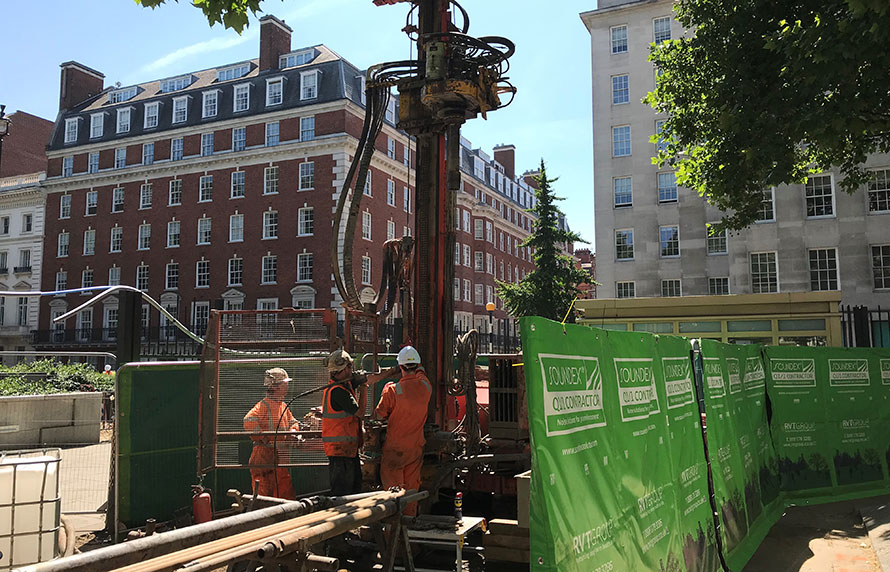